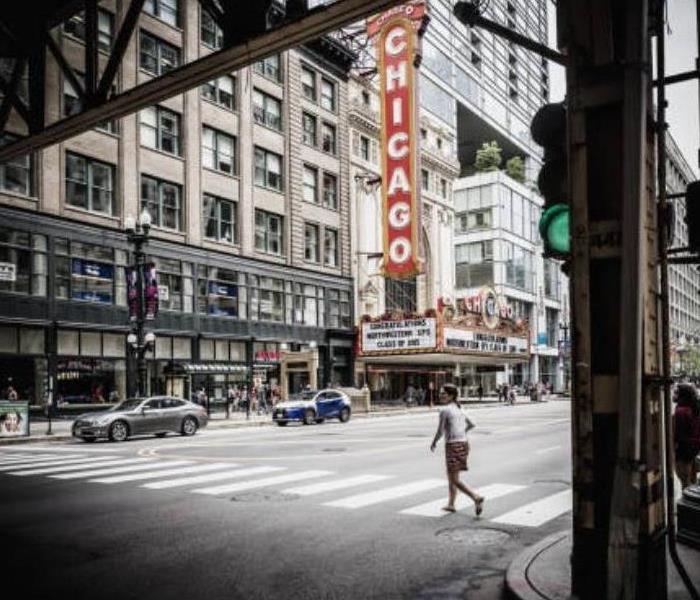 More than two million residents of Chicago are subject to frequent rain and snow. The Windy City’s National Weather Service office on West University Drive in Romeoville features some of the country’s most extensive weather records. However, some of the earliest records from 1870 and 1871 were destroyed by the Great Chicago Fire of 1871.

One of the most notable aspects of Chi-Town is its extensive system of canals and rivers that span over 150 miles in total length. While these waterways can pose some flood risk, they also create plenty of opportunities for watery escapades, including:

On April 13, 1992, Chicago was flooded by over 250 million gallons of water, which caused an estimated $2 billion in damages. Floodwaters filled up much of the underground tunnels in the city, including Kennedy Expressway and much of the Loop. The flood was speculated to have happened when construction crews accidentally perforated a fragile, derelict freight train tunnel while preparing to install new pilings for the Kinzie Street Bridge.

Full remediation took weeks, and three days had passed before commerce could resume in the area. Before repairs, the breach was a whopping 20 feet and took more than five dozen truck-fulls of stone and cement to slow the leakage. The water in the old freight tunnel system was eventually rerouted to the Chicago Deep Tunnel System. The hole that allowed floodwaters from the Chicago River to submerge the underground was ultimately fixed by a unique concrete mixture devised by Brian Rice of Material Service Corporation. This concoction was poured into the tunnel through small shafts.

In the aftermath of the flood, the city’s losses were at an estimated $3.25 billion in 2019 dollars. Subway routes and parking were either closed or changed significantly to accommodate repair efforts.

This flood event led to a U.S. Supreme Court case, Jerome B. Grubart, Inc v. Great Lakes Dredge & Dock Co. The defendant had at first been considered liable for the flood, but it was later discovered that the city had prior knowledge of the freight tunnel leaks. The courts eventually ruled that admiralty law was applicable to the work performed in the Chicago River, a ruling in favor of Great Lakes Dredge & Dock Co.

Chicago’s closeness to the Great Lakes and the Chicago River running through the city makes many areas of the city vulnerable to flooding. These characteristics, combined with rain and snowfall, contribute to floods that occur with relative frequency. Residents must stay wary of larger-scale natural disasters like hundred-year floods and derecho storms.

SERVPRO of Marquette Park / West Lawn / Ford City strives to aid Chicago residents through education and swift action. Whether you own a condo in Printer’s Row or a family home in Aurora, this locally-owned franchise provides rapid-response service from over 1,700 locations across the United States and Canada.

How Does SERVPRO Aid Chicago Residents with Flooded Homes?

Institute of Inspection, Cleaning, and Restoration Certification (IICRC) certified mitigation techs at SERVPRO receive extensive training and education in flood damage cleanup, including basement flood water removal for Chicago residences. Basement flooding is especially crucial to clean, as it can damage the foundation of your property and lead to significant repair costs without fast action.

Sanitation of structural materials is a must when cleaning flood-damaged basements. Homeowners should not perform this task themselves to avoid potential health effects posed by mold and sewage.

Unlike conventional water damage situations, sanitation occurs before drying because: