Can Flooding in Chicago Occur 12 Months Out of the Year? 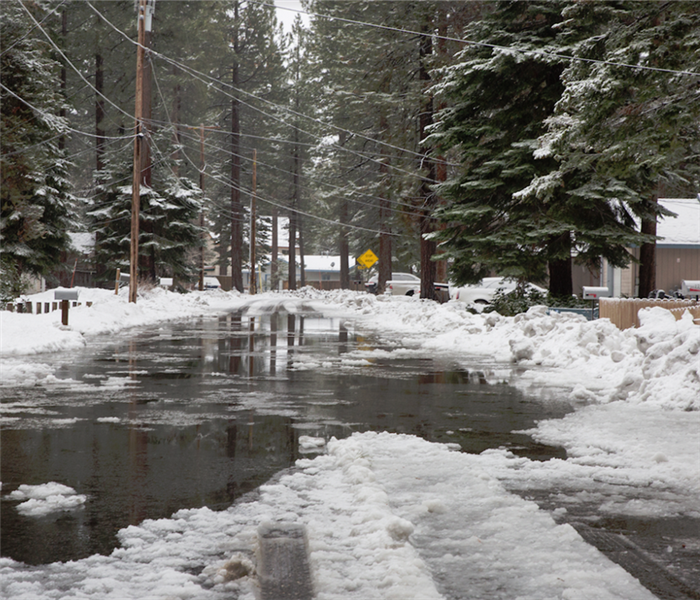 Storms can occur unexpectedly and may leave a watery aftermath in your home. Contact our expert team for water removal and remediation efforts.

Regardless of the Season, SERVPRO Delivers Flood Damage Recovery to Chicago Residents with Highly Qualified Managers and Technicians and Cutting Edge Equipment

Flooding might seem like a warm-weather phenomenon, but Chicago homeowners know the misery and helplessness felt when a significant winter storm results in water-logged lower levels. Severe harm occurs throughout a home when

Are Blizzards Common in the Chicago Area?

Between the thousand-mile sweep of the plains to the west of Chicago and Lake Michigan's effect, the Windy City experiences its share of heavy snow events. In addition to many moderate to light snow storms expected each year, five huge blizzards imperiled the area over the years. Runner-up blizzards include:

Which Blizzard Ranks as the Worst In Chicago History?

The largest Chicago blizzard began its paralyzation of the city over fifty years ago, spanning two days, Thursday and Friday, January 26–27, 1967. The storm slammed 23 inches (58 cm) of snow over Chicago and its suburbs.  Its winds of 50 mph-plus trended to the northeast, and wind gusts constructed drifts rising as high as 15 feet. Blizzard conditions continued into the weekend following an incredibly mild Tuesday, January 24, 1967, that recorded shockingly warm temperatures of 65 degrees.

What Sets the 1967 Blizzard Apart Other Than Total Snowfall?

Because of the unseasonable weather immediately before the blizzard, Chicagoans were caught uncharacteristically unprepared for the change in weather patterns and the snow's impact. Weather forecasts read or heard on January 25 for the 26 indicated a cold front would drop temperatures and that rain or snow would fall as the cold front stalled over the Chicago area. During broadcasts on the evening of the 25th, the National Weather Service projected a mix of snow mixed and freezing rain. Overnight forecasts suggested snow accumulations up to four inches, triggering a heavy snow warning. Expected quantities were increased to 8 inches on the morning of January 26, 1967, well below eventual totals. Businesses, schools, and individuals did not modify their responses:

How Were Residents of Chicago and Surrounding Towns Affected?

Snow removal began slowly. Helicopters were primary emergency vehicles, delivering medicine and food to those stranded in vehicles. Women in labor rode sleds, snow plows, or bulldozers to hospitals or delivered their babies at home. The airports opened about midnight Monday. Most schools reopened on Tuesday, the 31st, following the blizzard. Tragically, 26 died during the blizzard, including a young girl shot in the crossfire after looters confronted law enforcement. Some deaths occurred from heart attacks during snow shoveling. Exhausted residents were in for even more snow. An additional 4 inches fell on Wednesday, February 1, followed on Sunday, February 5, as another storm piled up 8.5 inches more. From January 26 through February 5, the grand total was 36.5 inches, typical for an entire Chicago winter.

Especially if your Chicago home suffered external damage from the weight of snow, wind, or buffeting by debris, flooding could occur on all levels of your home. Leaking in the attic from ice dams and drifting in rooms after broken windows or siding can send meltwater spilling across floors and down walls and stairs. Rapid response by the Institute of Inspection, Cleaning and Restoration Certification (IICRC)-trained crews is crucial to mitigate and remediate the damage melting and then flowing water does.

What Longer-Term Issues Can Occur after Massive Snowfalls?

Even if your home weathers the winter storm, Chicago residences risk flood damage when warmer temperatures return. Snowmelt makes its way through foundations, flooding basements. Storm sewers become overwhelmed in some areas of the city, forcing human waste back into homes. SERVPRO has the IICRC training and the high-efficiency equipment to contain and remove flood waters and contaminants from properties fast. We have experience dealing with water complications in all its forms -- ice, sleet, snow, liquid, and even the high humidity accompanying flooding scenarios. We assess and control for

Then we remove and dispose of the floodwaters, containing and disposing of them as required by local regulation. Cleaning and disinfecting with EPA-registered products set the stage for efficient drying with our commercial-grade air movers, heaters, and dehumidifiers. We promise and achieve preloss condition after flood damage, "Like it never even happened."

Count on the savvy crews and management of SERVPRO of Marquette Park / West Lawn / Ford City no matter what type of precipitation takes its toll and floods your home. Call us day or night at (773) 337-3993 -- We're Faster To Any Size Disaster.