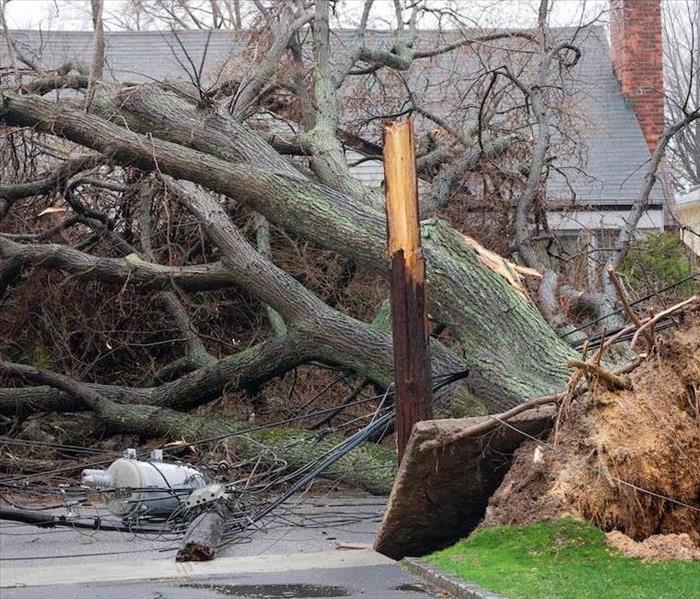 Flooding and storm damage needs professional restoration by knowledgeable technicians. Contact SERVPRO to achieve that goal and for fast response.

While flooding represents one of the most catastrophic events that can happen to a home, it can also make for some very peculiar situations. We deal with dozens of flood damage cases in Chicago every year, and every once in a while, something crops up that truly surprises our seasoned technicians. Storm floods can bring in all sorts of items and debris from the outside, and while this makes storm flooding extremely hazardous, it also allows for a fascinating insight into what goes into the neighborhood around us. Here are some of the strangest things we have seen in flooded homes.

More than once, we have seen an entire tree or bush make its way inside a client's home in Chicago thanks to flood damage. While large and well-rooted trees usually stand fast in the face of overwhelming deluges, smaller trees and large bushes can become uprooted as floodwaters inundate the soil around them. Eventually, when the flood hits a home, it may send the plant crashing through the front door, making for a messy but thankfully easy-to-fix situation.

What happens when a vehicle gets picked up by floodwaters, or something gets knocked off? Tires and mirrors have to end up somewhere, and sometimes that somewhere is the interior of a home. Seeing auto parts strewn about the area can be jarring at first, but should make for a good story later on.

Some floods can pick up and carry away pets and animals in the neighborhood, only to deposit them later in another home. While this sometimes results in a tragedy and resulting biohazard, SERVPRO technicians are occasionally confronted by pets in the wreckage - pets that happen to belong to someone a block away.

SERVPRO of Marquette Park / West Lawn / Ford City provides professional flood damage mitigation and restoration services to locals whenever disaster strikes. Call us for more information or our services at (773) 337-3993.